The Story of TaskForce in 11 Acts

This week, Atola TaskForce is celebrating 3 years of operating in the world’s top digital forensic labs and assisting hundreds of examiners!

Let’s look back at the 11 major software updates (and a few smaller ones) that have been released in these 3 years.

This is a story of transformation of the concept of an imager itself, and of what it can achieve.

With the initial release on May 15, 2018, we launched Atola TaskForce.

TaskForce’s feature set was revolutionary in its flexibility of user operation and connectivity. With the range and number of storage devices it supported, and the unprecedented overall performance of 15 TB/hour, TaskForce instantly became the Superman among forensic imagers!

The first firmware update brought over a hundred new features and bug fixes. For example, the introduction of custom settings (aka presets) that help create and share optimal imaging workflows between colleagues. It works both when you use different TaskForce imagers or when the same device is used from different workstations. Look up release 2020.4 to see how this functionality evolved further!

In 2018.8, users received the ability to export lists of sectors on the source drive that have or have not been successfully imaged, as well as the sectors that contained errors.

This firmware version brought, among other features and improvements, NVMe support via M.2 extension module and Imaging of all sectors with data. The latter is a time-saver for those who want to get all the data from the drive while skipping empty sectors.

Almost a year into TaskForce’s existence, more functionality was released and included imaging to files on target and imaging to E01 compressed file. The release also added drive temperature graphs and drive working timespans to the Diagnostics module (for some investigators, it may provide clues about the way the drive was recently used). On top of that, TaskForce received a considerable performance boost during imaging and wiping.

By introducing Web API in 2019.7 release and its integration into Magnet AUTOMATE, TaskForce became the first hardware imager able to operate in automated workflows.

We listened to our customers when they were asking to implement a solution that would reduce the number of clicks to launch imaging with predefined settings. This is a crucial feature when working under time pressure. We brought you the Express mode which allows a zero-click launch of up to 17 imaging sessions.

Just plug the drives and watch them get imaged!

Another important addition was the in-depth head diagnostics functionality and selective head imaging support. This data recovery feature enables you to get evidence from the good heads of the drive without risking causing more damage to the drive with the bad head.

Atola TaskForce creates an encrypted exFAT partition using VeraCrypt with a 256-bit AES algorithm on the target drive, which the user locks with a password.

This way you make your Storage drive encrypted. All image files remain safe and protected during evidence preservation or transfer.

In 2020.2 release we supported E01 segmentation for those examiners who find it more convenient to store data in smaller chunks.

The feature that we equipped Atola Insight Forensic with back in 2016, was finally also introduced in TaskForce. Segmented hashing helps verify images of damaged drives and those that may get corrupt over time.

With Segmented hashing, you are able to prove the integrity of most of the data, lest for the bits affected by the damage.

Finally, there is a forensic imager that is able to acquire an image of the whole RAID, not just the individual drives!

TaskForce’s automated RAID configuration detection module helps reassemble RAIDs even with unknown parameters. The preview of partitions helps identify meaningful data for subsequent imaging of the whole RAID or its separate partitions. The list of supported RAID types and the file systems will be expanded in the upcoming releases.

TaskForce is even capable of detecting and imaging RAIDs with damaged or missing members.

Finally, in April 2021 TaskForce became the second forensic hardware imager in the world to support AFF4 file format (the first one was Atola Insight Forensic). At the same time, we introduced multi-launch of Hashing, Wiping, Diagnostics and other single-drive tasks.

Both features contribute to efficiency, which is always at the core of our development efforts. We strive to make forensic jobs fast and effortless for our customers.

Looking back at these three years, you notice how fast TaskForce has transformed. From an extremely flexible high-capacity imager with a traditional forensic feature set to an even more productive and innovative tool. TaskForce now offers unique solutions for emerging and long-standing problems of forensic examiners like RAID support and automation.

We look forward to new developments to make sure that TaskForce remains your favorite problem-solver in the world of imaging.

Yulia believes that with a product that is exceptionally good at solving tasks of forensic experts, marketing is all about explaining its capabilities to the users.

Director of Marketing Yulia believes that with a product that is exceptionally good at solving tasks of forensic experts, marketing is all about explaining its capabilities to the users. 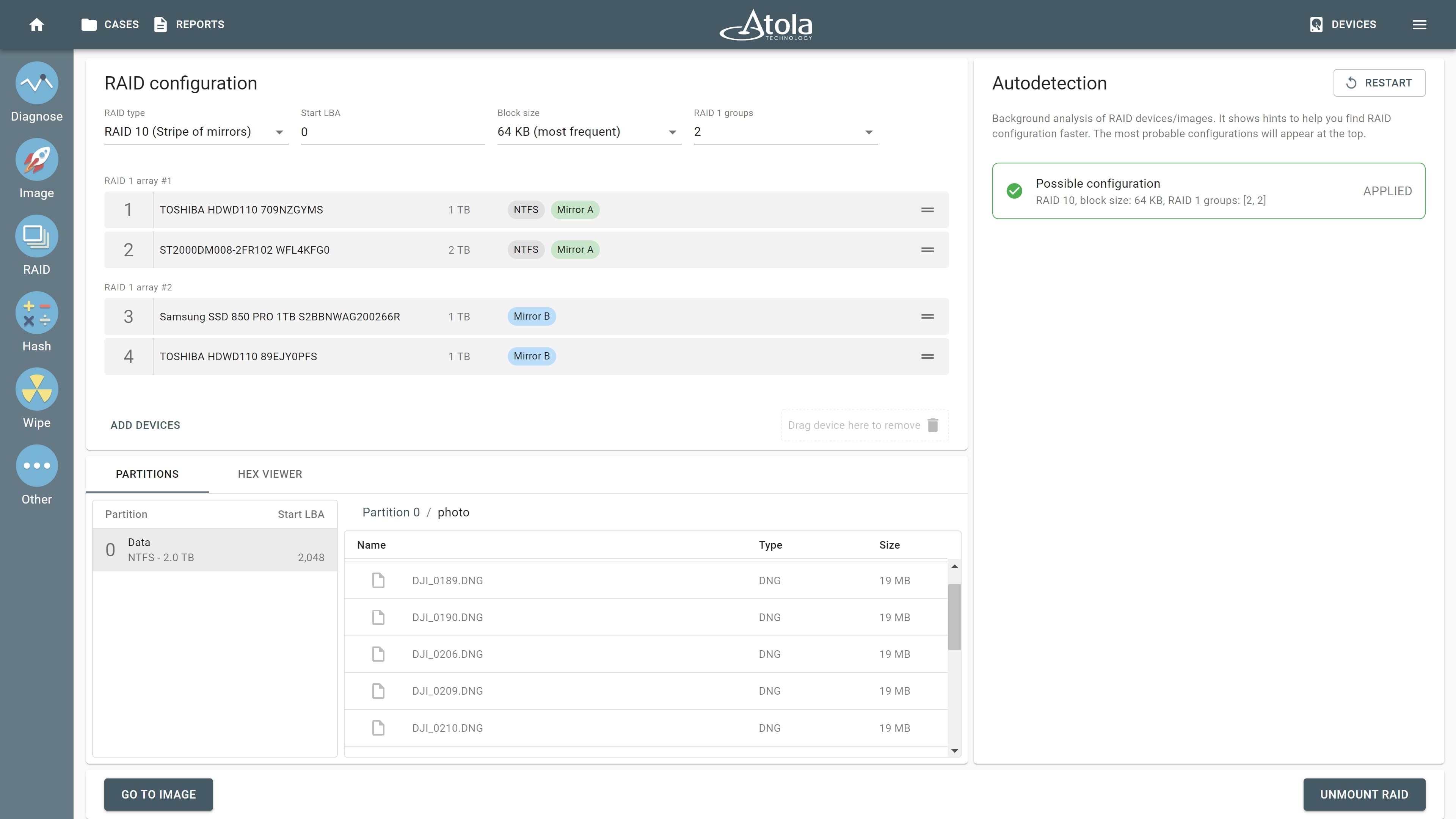 TaskForce’s RAID functionality has been around for over a year now. Our users have experienced great improvement in their process. RAID 10 imaging is the most recent addition. RAID 10 is among the most popular Read more… 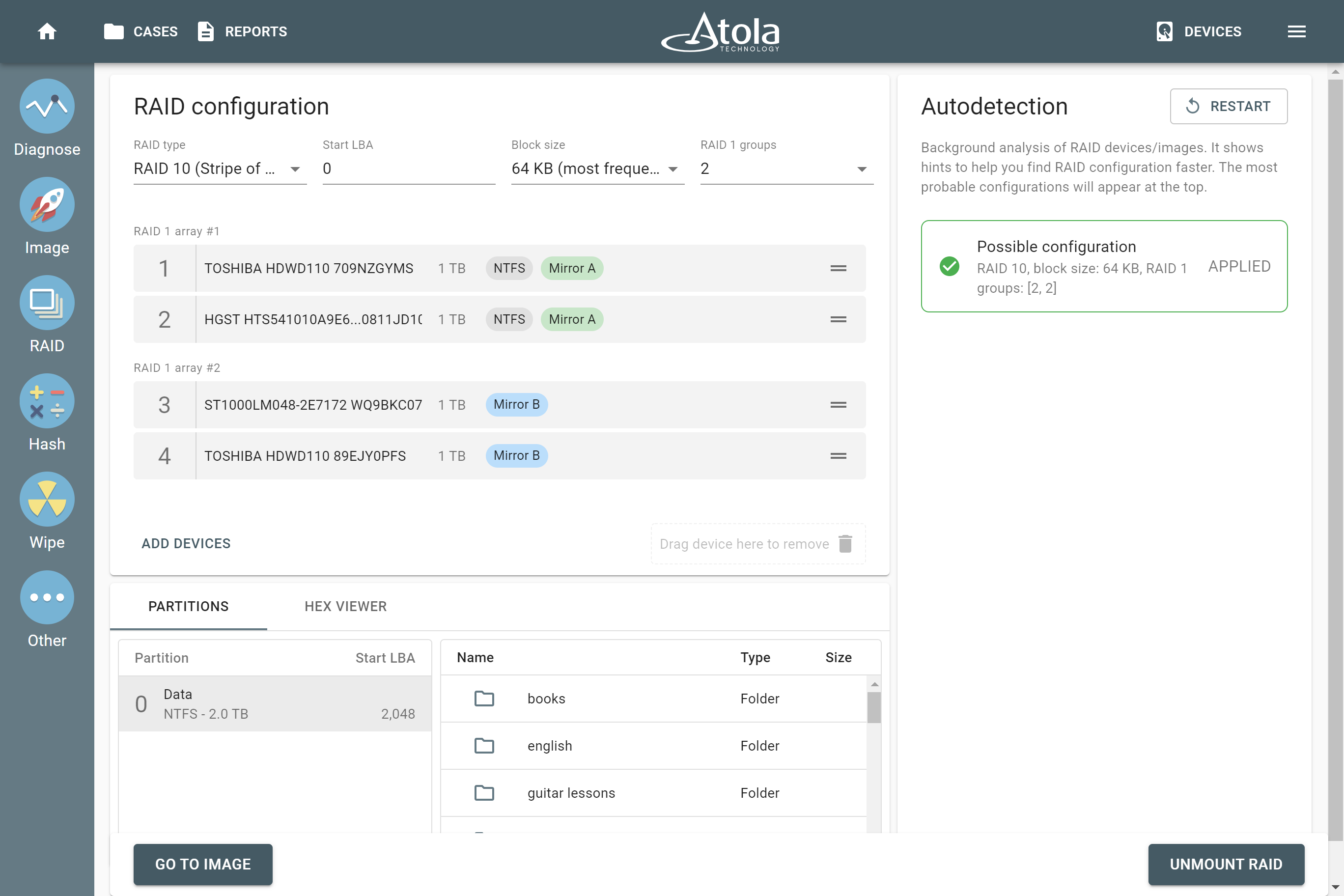 Imaging and RAID functionality are enhanced in the new release: Enjoy the RAID 10 and XFS support as well as HEX and Signature tabs in imaging. 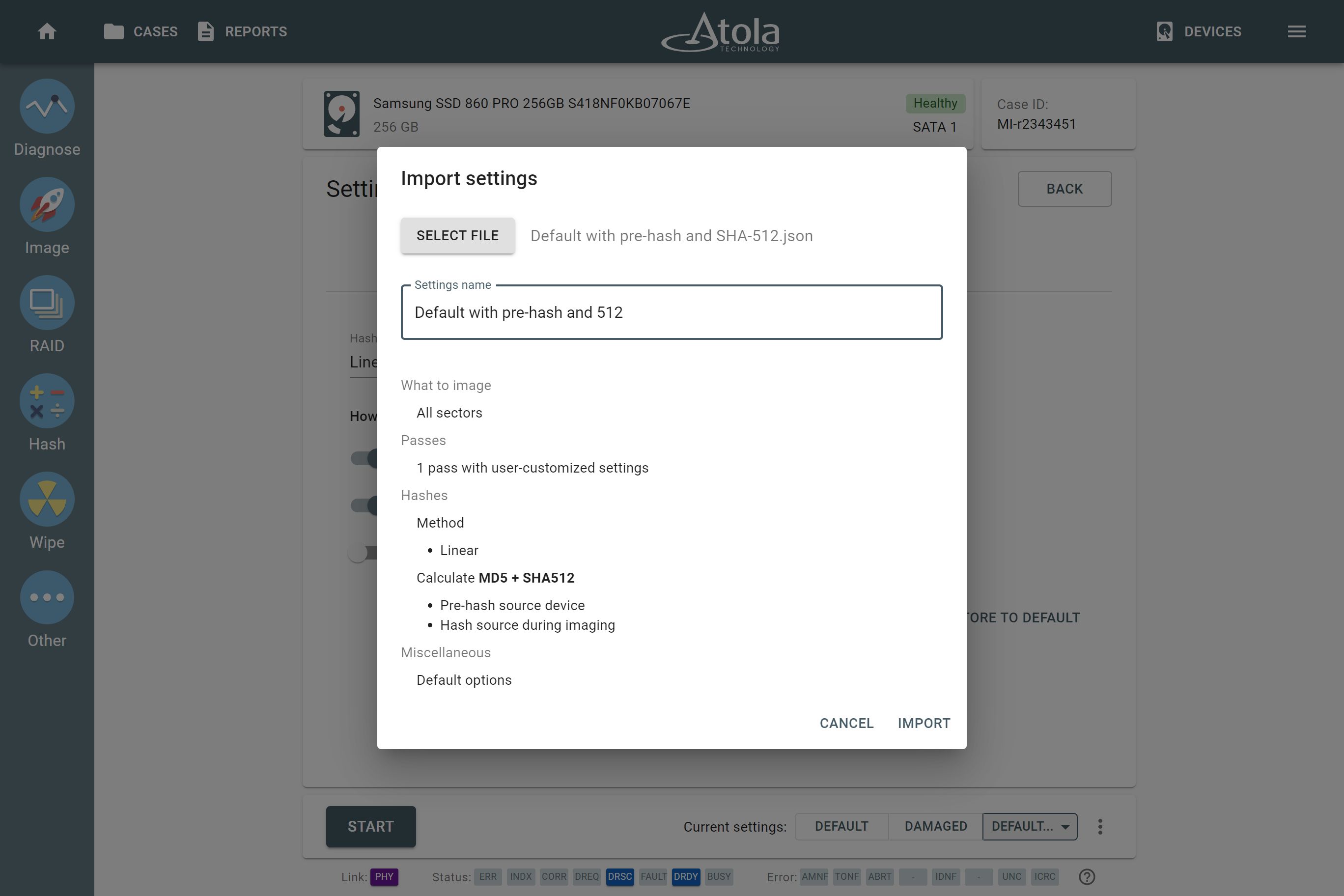 For examiners who need to ensure they are using specific imaging settings for certain types of drives or cases, TaskForce has presets functionality for easy, one-click switching to a specific imaging routine. Presets can be shared with colleagues who use another TaskForce with a simple export/import.